Tandem Studios has been working this year with the CRFU (Canterbury Rugby Football Union) to promote and encourage participation in the sport for young men and women.

A series of seven videos have been produced for Canterbury Rugby as part of their work to encourage young women into the the sport.

Called Let Her Play the series was about girls of all ages talking about what they loved about the game of Rugby.

Tandem this year and again to promote the game of rugby for young men have been covering the 'Match of the round' from the UC Championship.

We have a team of students who operate three cameras and vision mixer and then edit the recording into a weekly highlights package of the game and create an online rugby show call 'The Social Footy Show'. Each week this highlights package features the best plays from the game, interviews with the coach of the home team and the captains from both teams.

Our whole approach has been to create a show that is by the students, of the students for the students and presenting the game coverage in such a way that can be easily viewed and shared through social media.

The final game of the UC Championship was held on the 26th August 2017 at Christchurch Boys High School. Tandem Studios continued to provide the final episode of the Social Footy Show but also live-streamed the whole game through the UC Championship & UC Cup Facebook page. The stream, at its peak, was viewed by over 600 people, tuning in from all over the Canterbury District. 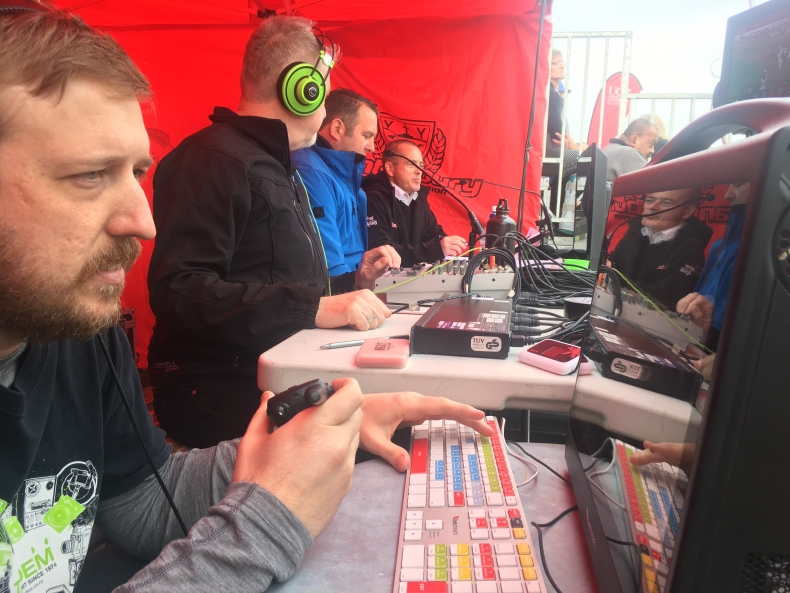